He also has experience in other areas including Clinical Negligence, Chancery and Professional Negligence claims.

Mohammed qualified as an in-house counsel and continues to practice as one. His practice is unique in that he has Litigation Rights and sees a case from start to finish, unlike a traditional Barrister. 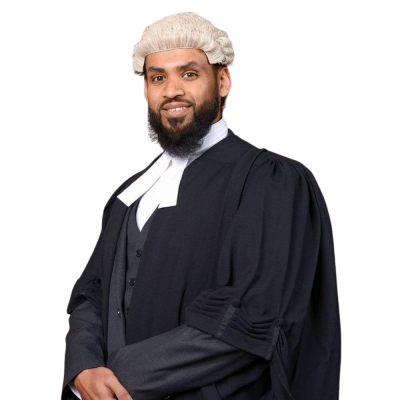 Mohammed’s unique practice allows for continuity on cases, which allows for better results as he has greater insight into a case having been involved from the outset.

Successfully acted for a Defendant to set aside damages entered for the Claimant in a case going back to 2016. This case was based on allegations of fraud and false witness evidence.

Secured contact between a father and his children, in a case where the father had not had any contact for over a year. In the proceedings, successfully persuaded the Court to dismiss all allegations of abuse.

Demonstrated successfully that allegations presented by the mother to stop all contact between father and child were baseless, secured a Child Arrangements Order allowing for equal contact.

The Husband was a Director of a company with assets in excess of £1 million, which included a significant inheritance. Successfully ringfenced the inheritance and demonstrated that the vast majority of the assets were accumulated following separation even though they lived under the same roof.

The matter involved the abduction of children out of the jurisdiction, successful application made and enforced in the EU. The children were returned to the UK and contact was re-established between the father and the children, despite allegations of historic abuse towards the mother.

Richard is a specialist family law solicitor with over 7 years experience and represents clients in all types of family law issues including divorce, domestic violence and children matters between parents.

He handles all associated financial settlements as well as contact and residence arrangements for children.

Richard is a member of Resolution (formerly known as the Solicitors Family Law Association). He prides himself on providing proactive, constructive and realistic advice from the start.

Represented a father in non-molestation proceedings, which will in due course impact the level of contact he will have with his children.

Represented husband in a lengthy marriage case where the wife was doing everything possible to ensure that the former matrimonial home should not be sold as she was living there with two adult sons.

Represented a father who sought a residence order for the child. The mother was dependent on drugs and alcohol.

Represented a mother who was seeking contact and was in a relationship with a convicted rapist.

Represented a father seeking contact even though he was on the Sexual Offenders Register for having underage sex with a former partner.

Pauline is a Paralegal and specialises in family law.

She has over 7 years’ experience and represents clients in all types of family law issues including divorce, separation agreements, domestic violence and children matters between parents.

Pauline handles all associated financial settlements as well as contact and residence arrangements for children. 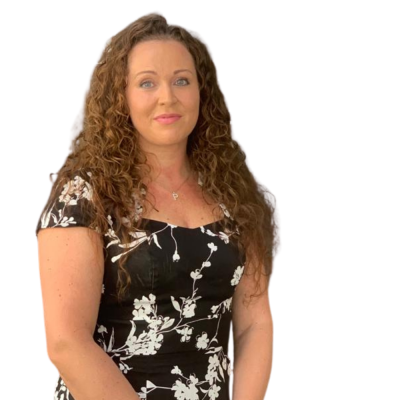 Pauline is dedicated to guiding clients through all types of family breakdowns as amicably as possible.

She believes that people in our society have a right to equal access to the law, to protect their rights. Pauline supports amicable resolution of disputes but also believes in the necessity of a firm and strong court representation where required.

Represented the Wife and successfully negotiated a settlement on a clean break basis without the necessity of a Final Hearing.

Represented the Husband, after the parties had divorced 10 years earlier. The wife made a financial application for the transfer of property and pension share. Successfully established on behalf of the husband, post-marital assets which did not form part of the proceedings.

Represented Mother who wanted contact with her children. This was a cross-application made by the Father wanting residency with no contact with mum and child. We successfully secured child arrangements order for mum to have contact.

Represented the Mother’s appeal in her child maintenance award. Successfully proved father’s income and a new award was made with immediate effect.

Represented the Wife, successfully negotiated a settlement without the necessity of a Final Hearing.

Represented the Mother in a case where Father refused to sign the children’s renewal passport applications. The court made an order in the mother’s favour and the mother was awarded costs against the father.

Represented the Mother in children proceedings. The father had a history of violence and wanted contact with the child. Successfully demonstrated Father’s history and no-contact order was made.

Represented the Husband in financial proceedings. The wife made allegations that the Husband was purposely hiding assets. Successfully dismissed the Wife’s allegations and secured a clean break order.

Represented the Father in children proceedings. The mother refused contact and made allegations of drug and alcohol abuse. Successfully dismissed the Mother’s allegations and secured a shared care order.

Afsana is a specialist family law solicitor with significant experience in representing parents and grandparents as both Applicants and Respondents in children law proceedings and financial proceedings.

Afsana provides sensitive, yet robust representation and adopts a practical, proactive approach to each case, ensuring that her clients are given thorough and realistic advice from the very beginning till the conclusion of their case. 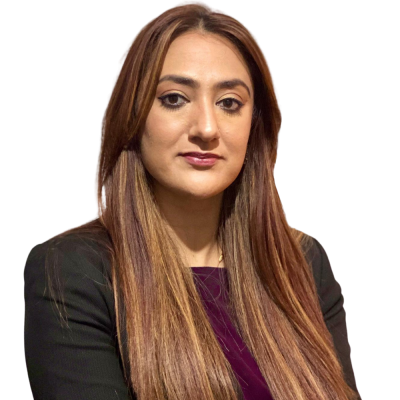 She has regularly supported clients through Finding of Fact Hearings and Contested Final Hearings in matters involving complex legal and factual issues and achieved positive outcomes for them.

Afsana is fluent in Urdu and Punjabi and is content to conduct meetings and take instructions in these languages.

Successfully challenged mothers’ allegations of domestic violence against the father at a fact find hearing and secured a contact order.

Successfully applied to enforce an existing contact order in which the court found a breach and ordered the immediate reinstatement of contact and awarded the clients complete costs.

Successfully secured a decree absolute for a client who petitioned for divorce which was defended by the respondent on the basis that a divorce had already taken place in a different jurisdiction.

Successfully secured an urgent Non-molestation Order for a client who was the victim of serious domestic violence perpetrated by her ex-partner.

Successfully secured overnight contact for a client in a case where the mother was refusing to promote any form of contact at all.

Daisy is a Paralegal and practices family law.

Prior to joining Whiterose Blackmans Solicitors LLP, Daisy undertook the Bar Professional Training Course and was called to the Bar of England & Wales in July 2019.

Daisy undertakes all types of family matters including acting for clients in respect of divorce, child contact, injunctions, and occupation orders. 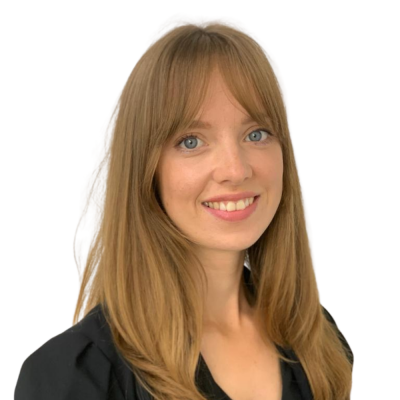 Daisy is committed to supporting and advising clients often at a stressful and emotional time in their lives.

Daisy aims to resolve matters amicably, however, where this is not possible, is committed to ensuring your case is presented in the strongest terms at court. In order to do that, Daisy regularly instructs barristers who are specialists in family law.

The Honourable Society of The Middle Temple